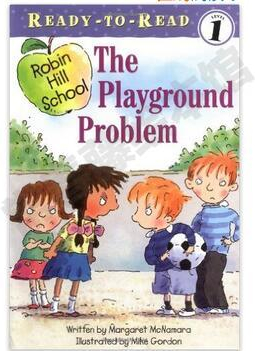 Theres a problem on the playground! The boys wont let the girls play soccer with them during recess. Emma is furious! So she figures out a plan to get them to change their minds. And in the end they all learn that the best teams are the ones that everyone gets to play on

Margaret McNamara is a writer and an editor who has spent many years working in childrens publishing. She is the author of all the books in the Robin Hill School series, and gets many of her ideas from her own daughters experiences at school. Margaret McNamara lives with her family in New York City, though she likes to spend as much of the summer as she can in Maine.^Mike Gordon has illustrated all of the Robin Hill School books, but his work covers a truly wide range, extending from educational and non-fiction books to entertainment and fiction. Mikes illustration now includes both design and illustration for major publishers such as Harper Collins, Headline, Ladybird, Longman, Penguin, Random Century, Reed International, Simon & Schuster, Walker Books, Western Publishing and Wayland. The international publication of many of the titles illustrated by Mike means his work is seen in over eighteen countries. In addition, Mike has produced more than 400 humorous greeting card designs for clients such as Hallmark, as well as the major UK companies, Hanson White and Gordon Fraser. He lives with his family in Santa Barbara, California.